The weirdest thing happens when it’s time to close a deal: smart people turn to mush!

I’ve seen it happen a hundred times. Even my own teammates, many of whom have PhDs and MBAs from some of the top universities in the world, aren’t immune to this issue. When they’re doing the work, my colleagues are confident, caring and even daring. But when selling the work, they often struggle. I see the same three fatal patterns with salespeople of all stripes.

Recently, I was with a colleague in the boardroom of a billionaire CEO of the No. 1 company in his industry. This prospect actually said out loud that his No. 1 leadership problem is exactly what our firm is good at – hiring and leading talented teams across his portfolio of business. After he had outlined all the ways he wanted our help, the close should have been easy. But instead of sealing the deal, my colleague froze up and went silent. For an awkward 20 seconds, we sat there in silence. Eventually, we reached a happy conclusion, but in many cases, you won’t be so lucky. Clients want help wrapping up a conversation and setting an action plan. Don’t go quiet!

After a long meeting, in which my colleague helped a high-powered CEO identify many of the key problems hindering his company, I watched in shock as he ended the meeting with no follow-up plan whatsoever. When I asked him why, he told me, “I didn’t want to impose! I just felt like we were having such a good, trusted advising conversation, I didn’t want to turn it into a sales call.” I asked him how helping a CEO solve his No. 1 problem could ever be called imposing. Think about it this way: It’s one thing to help a leader identify an issue; it’s another to help them actually solve it.

3 THEY DAZZLE WITH COMPLEXITY.

The urge to sound smart and impressive is a strong one, but don’t let it get in the way of a sale. One colleague of mine explained our services to a prospect at 90 mph, throwing all kinds of compelling data points and analysis at him in a short span of time. But instead of being convinced by her breadth of knowledge, the prospect felt that he couldn’t get a word in edgewise. Of course, it’s vital that you know what you’re talking about and you establish credibility with your prospects, but don’t let that take priority over genuine communication and advisement.

4 THEY WIN THE ARGUMENT.

Clients are not often impressed with a confrontational “I’m right, you are wrong” posture. Folks, serving clients is not about winning arguments. Serving clients is about understanding them and figuring out how to get them what they want. You are on the same team. If you forget this, you may win the argument, but lose the deal. 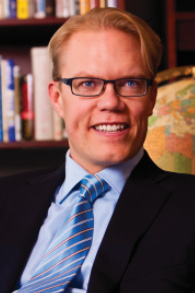 Geoff Smart is chairman and founder of ghSMART. Geoff is co-author, with his colleague Randy Street, of the New York Times best-selling book, Who: A Method for Hiring, and the author of the No. 1 Wall Street Journal best seller Leadocracy: Hiring More Great Leaders (Like You) into Government. Geoff co-created the Topgrading brand of talent management. He is the founder of two 501(c)(3) not-for-profit organizations. SMARTKids Leadership Program™ provides 10 years of leadership tutoring, and the Leaders Initiative™ seeks to deploy society’s greatest leaders into government. Geoff earned a BA in Economics with honors from Northwestern University, and an MA and PhD in Psychology from Claremont Graduate University.