“10 Critical IT Security Protections EVERY Business Must Have In Place NOW To Avoid Cyber Attacks, Data Breach Lawsuits, Bank Fraud and Compliance Penalties” 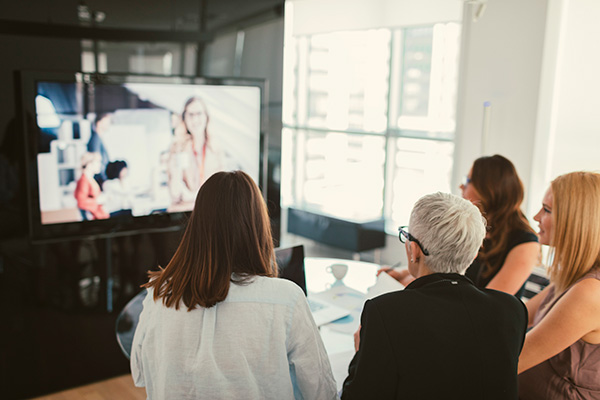 During This Webinar You’ll Discover:

C-Level executives and managers who are concerned about: lost or stolen devices, privacy of confidential information, employment litigation introduced when employees use personal devices to access company data and State and Federal laws that carry heavy fines for lost or stolen data. This is of particular importance for those organizations that handle ANY sensitive data such as credit card and financial information, medical records (or serve clients who have medical records) or who simply want to avoid having their bank account wiped out due to a cyber-attack.

"South Atlantic Bank has been in business since 2007 and from day one Creative Consultants Group has been our trusted IT advisor. Their experience in information services for banks allows us to focus on our core business while Creative takes care END_OF_DOCUMENT_TOKEN_TO_BE_REPLACED

A Trusted Partner That We Couldn't Live Without

"I've had the pleasure of working with Creative since joining Coastal Orthopedics in 2009. Since then I've enjoyed working with a team of talented professionals who constantly exceed my expectations. Our team of 9 providers sees an incredibly END_OF_DOCUMENT_TOKEN_TO_BE_REPLACED

Bill Hinson holds a 33-year track record of extinguishing IT fires, proactive computer management, saving companies millions of dollars, increasing profits, and earning the trust of executives leading some of the areas smallest and largest corporations....more"

Bill Hinson holds a 33-year track record of extinguishing IT fires, proactive computer management, saving companies millions of dollars, increasing profits, and earning the trust of executives leading some of the areas smallest and largest corporations.

As Chief Executive Officer of Creative Consultants Group, Bill leads a team specialized in preventing and solving information technology problems for a variety of small- and mid-sized businesses. He excels by proactively managing clients systems and helping them to align technology with the needs of their business. He values his relationships with clients, who often regard him and his team as a member of their own staff. With a keen sense of business, Bill helps his clients leverage technology to achieve their larger company objectives.

Some of his clients include business owners whose computer repair technicians failed to solve their problems. For example, one Georgetown County Engineering firm recently called Bill after their IT vendor (at the time) spent numerous billable hours trying unsuccessfully to fix an issue resulting from a change in internet service providers. The technician then recommended they buy a new server to solve the problem. Sensing something was not quite right; the firm called Bill and his team to look at the issue and much to the firm’s surprise, Bill’s team fixed the issue in 15 minutes after receiving the call, enabling them to avoid the cost of a new server.

Bill draws from more than two decades in positions at some of the largest companies in the area including Anchor Bank (now part of TD Ameritrade via Carolina First) and Horry Telephone Cooperative, where he proved his ability to use technology as a business enhancer and as a competitive differentiator that drives profits through increased sales, increased productivity, and lower costs. Among his successes:

Bill attended the University of South Carolina at Conway (now known as Coastal Carolina University) where he majored in Finance with minors in Computer Science and English. A native of North Carolina, he grew up in the Charlotte area before moving to the Myrtle Beach SC area with his family in 1979. He and his wife Beverley have two daughters, Holli and Amy, two son-in laws, Dave and Chris, and three grandchildren, Madison, Benjamin, and CJ, all which he absolutely treasures. Bill, Beverly, and their Border Collie Ginger live in Conway SC. Bill enjoys swimming, biking, and spending time with his family spread throughout South Carolina, North Carolina, and West Virginia.